The flow of water and sludge coming from the previous phases of treatment (whether biological or physical-chemical) is introduced into the intermediate zone of the tank, just below the lamellar pack. A uniform distribution of the effluent over the lamellar pack is effected by means of a diffuser. The rise velocity inside the channels of the pack is constant; consequently, the flocculant sludge, which has a density greater than that of water, tends to settle under gravity on the bottom wall of each channel. From here, thanks to the slope of the walls and to the near-zero velocity of the water in the proximity of the wetted perimeter, the sludge slides into the conical collecting receiver, from where is extracted at intervals whose frequency varies with the quantity. At the same time the clarified water reaches the free surface at the top of the clarifier and overflows into a collecting trough, from which it is channelled to subsequent treatment or, eventually, to final discharge.

The flow of oil and water is introduced to the tank and distributed in a homogeneous way across the whole cross-section. A conical receiver is located beneath the entry zone for the collection of any sediment or sludge present in the water. The effluent water passes through the lamellar pack due to gravity (from the top to the bottom) with uniform velocity and flowrate inside every channel. During the downward motion the single oil particles, which have a lower density than that of the water, tend to rise to the surface under the force of gravitational upthrust. At this point the particle is separated from the transport fluid and starts to rise to the top thanks to both the slope of the channels and the velocity of water, that is almost zero in the zone close to the wetted perimeter. Once they reach the surface, the oil particles are collected in the central area of the tank, above the lamellar pack, from where they are extracted with an oil-skimmer. The oil-free water, returned from underneath the lamellar pack, reaches the free surface on the side opposite of that of the inlet feed and from there is channelled outwards, to a drain or to any subsequent treatment. 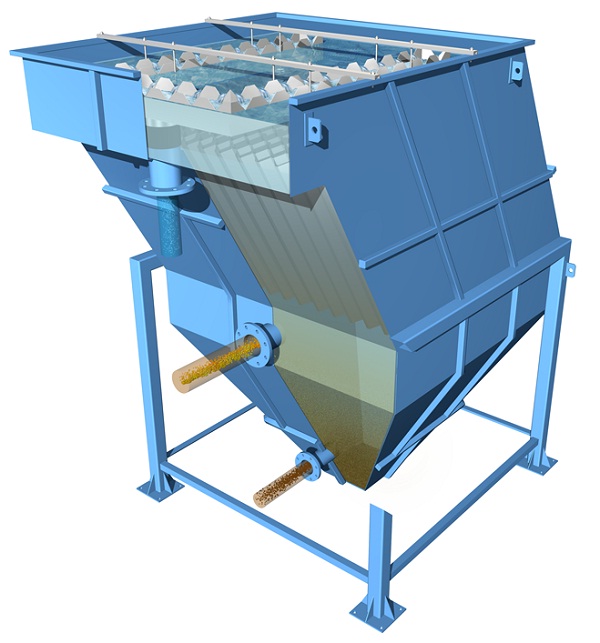 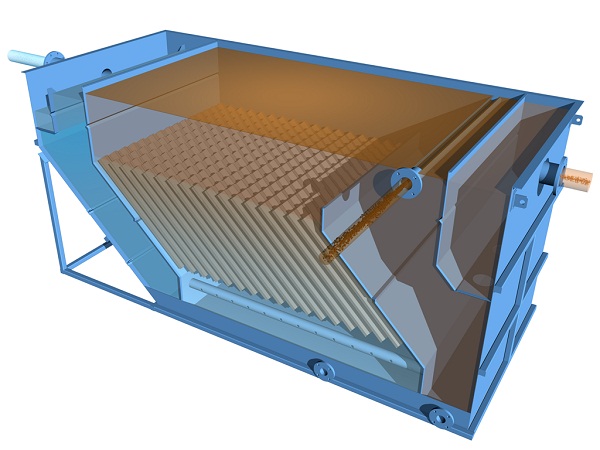 Water Matrix is always ready to help you in keeping your plant compliant in any situation. For inquiry, mail us at info@watermatrix.net | Call us at: +9716557 1647

We, Water Matrix Technologies FZE have pleasure in introducing us, as a team of environmental engineers specializing in supplying of WATER & WASTEWATER Equipment for the region of Middle East.